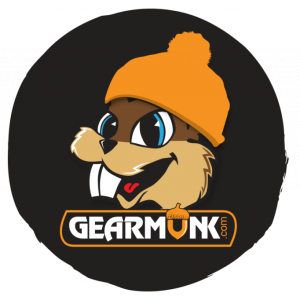 Disclaimer: we are not lawyers, but we stayed at a Holiday Inn once.

So backcountry is suing, well, damn near every outdoor gear manufacturer or company with the word Backcountry in their name. And we say “damn near” because they aren’t suing absolutely everybody.

What Happened?
Backcountry.com, arguably the largest online-only retailer of outdoor gear, has launched dozens of lawsuits against outdoor gear related companies using their name, including Backcountry Babes, an avalanche safety company. Their claim is that they own the trademark to the word “backcountry” and, to quote many a famous rapper, keep my name out ya mouth. This has not only caused a sharknado level shitstorm amongst outsiders, but has also caused many brands to either change their name or fight the man in court to retain their right to use it.

The Man
So who is “The Man”? Surely a company that relies on a highly engaged audience over social media wouldn’t intentionally pull a “We’re Backcountry.com bitch!” move, would they? Well, yes and no. See, BCDC was started by two ski bums that just wanted a better way to provide gear to the outdoor world. And they did that, starting in 1996. However, as it goes with popular stuff, rich old white dudes want to get in on the action, and in 2015 TSG Partners bought out controlling interest in BCDC. TSG doesn’t really have anything to do with the outdoors, and the most “outdoorsy” their executive board likely ever gets is sipping gin martinis at the club house after a grueling 18 in 92 degree weather. TSG is a holding company that has their hands in everything from coffee to salsa to wine to beauty products. And now, outdoor products.

Wait, you can do that?
Trademark a word? Sure, what the hell, why not? I mean, Apple trademarked the word apple, right? Now, obviously you can still use the word Apple. Hell, you can even start a company called Apple, as long as it isn’t a tech related company, that is. So, Apple Automotive, sure. Apple Computer Repair, no.

But here’s the twist thats got everyone all stirred up. Backcountry is a very common term for us outdoorsy folk. If I buy a pack I want to know if it’s a day pack or one suited for… wait for it… the backcountry. But this new development has made calling your backpack the Backcountry Explorer 45 a no-no.

There is, however, some rules around using terms that are common terminology, and that’s what makes this one weird. There are countless newspapers around the world know as a Gazette. As such, you cannot trademark the word Gazette. So why can you trademark the name Backcountry? Good question.

The argument goes something like this: We, Backcountry.com, have been around long enough, have gotten big enough, and have enough in-house gear that we’ve made with our branding on it that letting others use the word could cause confusion. Oh, they also have a shitload of money from TSG, and as we all know, money talks.

Talk Nerdy To Me
Okay, a little tech talk for uno momento.

All trademarks are approved or denied by the United States Patent & Trademark Office (USPTO). When you apply for a trademark they have a bunch of homeys and homets that go through a pretty hefty (and expensive) vetting process. As an applicant you apply for one or more categories for your trademark. There are 45 categories in total spanning goods and services, and some of them are rather broad.

BCDC now owns 47 trademarks, of which 8 are directly related to the word backcountry. But remember, each of the 8 can include several categories. So if you were thinking of starting something in the following areas with the name Backcountry, you maybe wanna order a tallboy and mull that one over. (scroll fast to skip this ridiculous list)

For The Love Of God!
Yep, that’s a big list boys and girls. A damn big list. But there’s a method to the madness. If BCDC doesn’t protect everything they touch, it leaves the door open for someone else to trademark in that given category, and things get even messier.

But Should They?
No question at first blush suing others is a major dick move. However, if they don’t protect their name and let others use all crazy like, it becomes part of the public domain and then getting it back under control is even tougher.

How Will It End?
Who knows. We know historically that it went pretty bad for Specialized when they pulled this crap, but they’re still in business and in fact growing. We’ve seen a lot of people saying they will be boycotting BCDC from here on out, and it will have an impact on their bottom line, but how big who knows. Time will tell and the collective of outsiders will either send the old rich dudes a message or they’ll survive and we will in fact see the “We’re backcountry.com, BITCH!” side of BCDC.

Stay tuned and subscribe to The Stoke to get the latest on this awesomeness, we’ll keep our eyes peeled.

Or Join As A Brand

LET US SLIDE
INTO YOUR INBOX!

GET STOKED IN JUST 5 MINUTES

Get Ready For The Best Damn Email of Your Life!